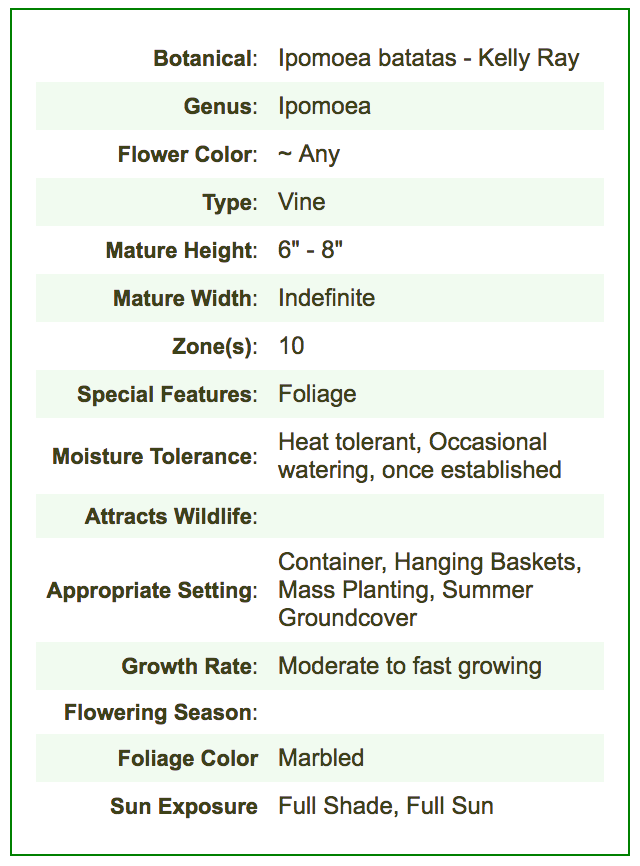 Patented in 2014 by Kelly Marcum, of Marcum’s Nursery, and featured on the Martha Stewart Show, this sweet potato vine’s showy heart-shaped ‘Ace of Spades’ like foliage starts out lime green. As the foliage matures, it showcases a marbled purplish-black and vibrant lime green colors that look as if Jackson Pollock’s paintbrush has been at work. Each new leaf’s coloration (including its underside) remains a mystery as no two leaves are alike.

Beginning in 2009, Marcum’s began growing and watching its successive generations. After several months of the ‘Kelly Ray’ staying true to its form and coloration, Marcum’s Nursery chose to take its findings to a nursery show in Chicago where we began collaborating with Hort Couture, an independent garden center supplier for plants. They were excited about our plant and with our permission, began marketing and selling the ‘Kelly Ray’ as part of their South of the Border series under the name ‘Chipotle’. While growing and watching the new Ipomoea batatas sweet potato vine, the OKC employees called it the ‘Kelly Ray’, after the plant’s founder, Kelly Marcum. It was during the patenting process that Kelly considered changing the name. After several name suggestions and family discussions, Kelly’s daughters convinced him to keep its original name, the ‘Kelly Ray’. The ‘Kelly Ray’ is available at both locations. 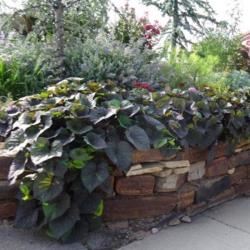 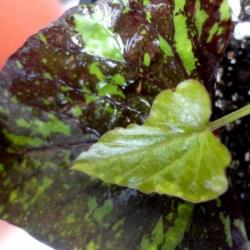 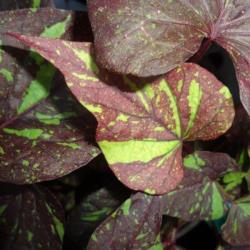 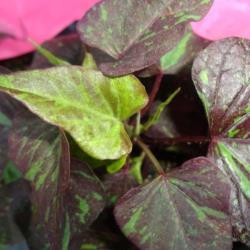