There are three main reasons to divide perennials:

For fall division perennials, allow about six weeks from division to average first frost so plants can become established in their new homes.  In central Oklahoma, late August to early September is a good time to divide spring flowering perennials.

Spring division can be started as soon as the growing tips of the plants have emerged.  Don’t wait until temperatures rise too much to divide; it is best to allow time for roots to establish before temperatures become too hot stressing your newly divided plants.

WHICH PLANTS TO DIVIDE

Plants that are spreading to areas they aren’t wanted, plants with bald spots, and plants with flowers that are smaller and less abundant than are typical of the species (or subspecies) are great candidates for division (provided they are species that respond well to division).

Perennials with long taproots should not be divided.  Other perennials reseed freely and therefore don’t require division.  Be sure to research your species and subspecies of perennials before dividing to ensure you won’t cause stress to a plant that prefers to be undisturbed.

Prepare the area where you will be moving your new divisions before beginning.  Bed preparation should include eliminating perennial weeds, adding an working organic matter into the soil, and amending with fertilizer and/or other nutrients as needed.  (A simple soil test can determine whether and which amendments are needed.)

Water the plants to be divided a day or two before dividing and make every effort to divide them on a cool, cloudy day. Keep divisions moist never allowing them to dry out.  Plant the divisions at the same depths they enjoyed in their previous location.  When you have finished dividing and replanting, water each plant with a starter fertilizer to reduce shock and to help the new plants root in and get established quickly.

How you divide your perennial depends on which type of root system they have as well.  There are several types of root systems, but three groups cover perennials planted in most gardens – clumping, spreading, and woody. 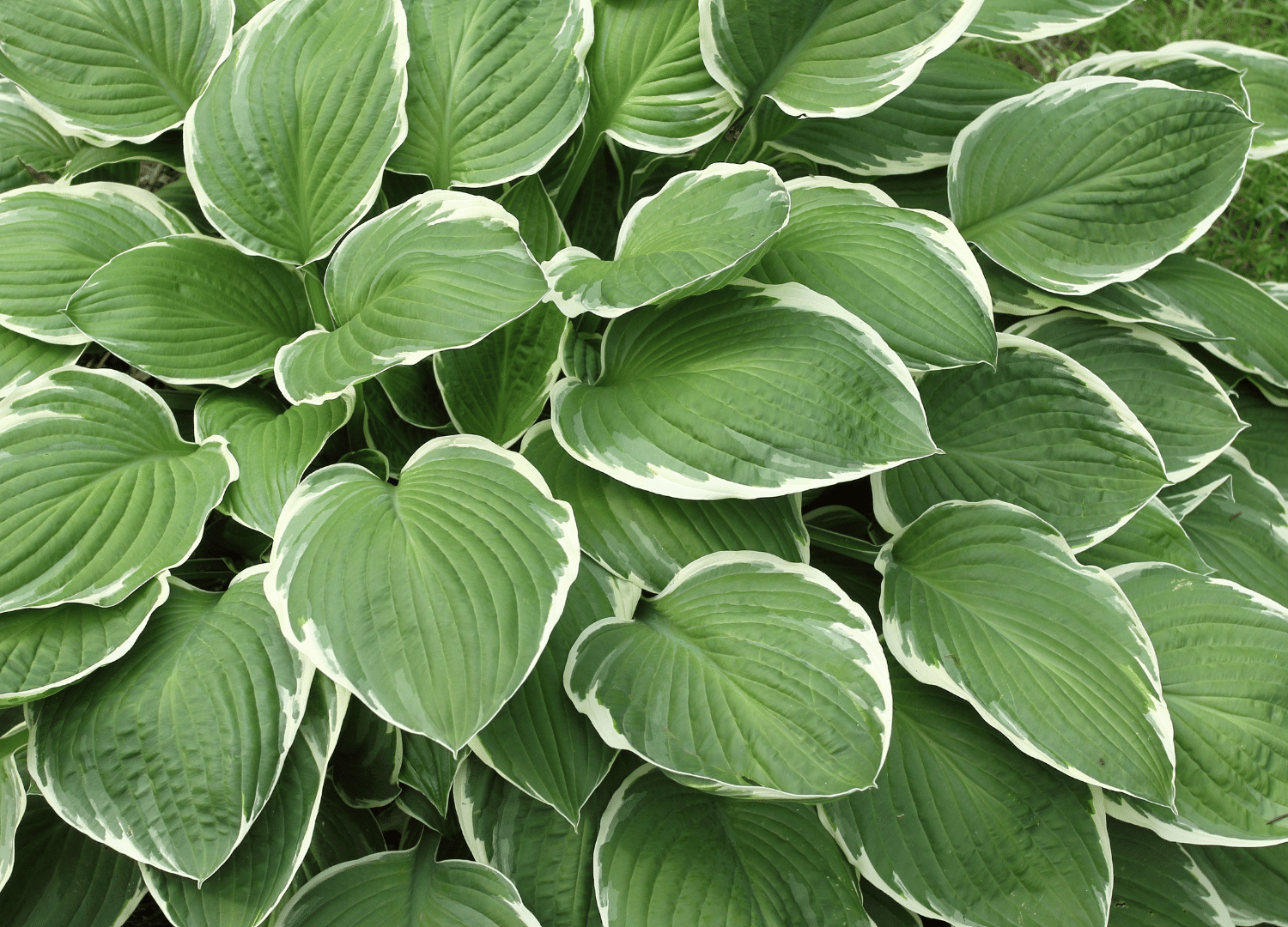 Clumping perennials grow from a central clump – called a crown – which grows bigger each year producing offsets.  They also develop an extensive root system that benefits from division every two to three years to prevent problems associated with overcrowding.

To divide clumping perennials, dig up the entire plant starting a good distance from the center to minimize root damage.  Once you have dug up your clumping perennials, loosen the roots to determine where to make divisions.  Often there will be obvious divisions; sometimes you will have to exercise your best judgement.  Always make sure there is a healthy amount of foliage and root system for each division.  The roots of clumping perennials tend to be thick and fleshy, so a soil knife, clippers, or other tool might be necessary to cut through the root system.

Hostas, daylilies, guara, astilbe, and many ornamental grasses are examples of clumping perennials. Spreading perennials grow by surface or underground roots or stems.  These plants’ shoots originate from many locations, and they can often look like separate plants with their own crown and root systems.  Dividing spreading perennials can keep those that are more invasive from taking over a space, and it can keep them from crowding out their own centers.

To divide spreading perennials, simply dig up the portion of the plant you want to move making sure to get at least three to five vigorous shoots in each division. 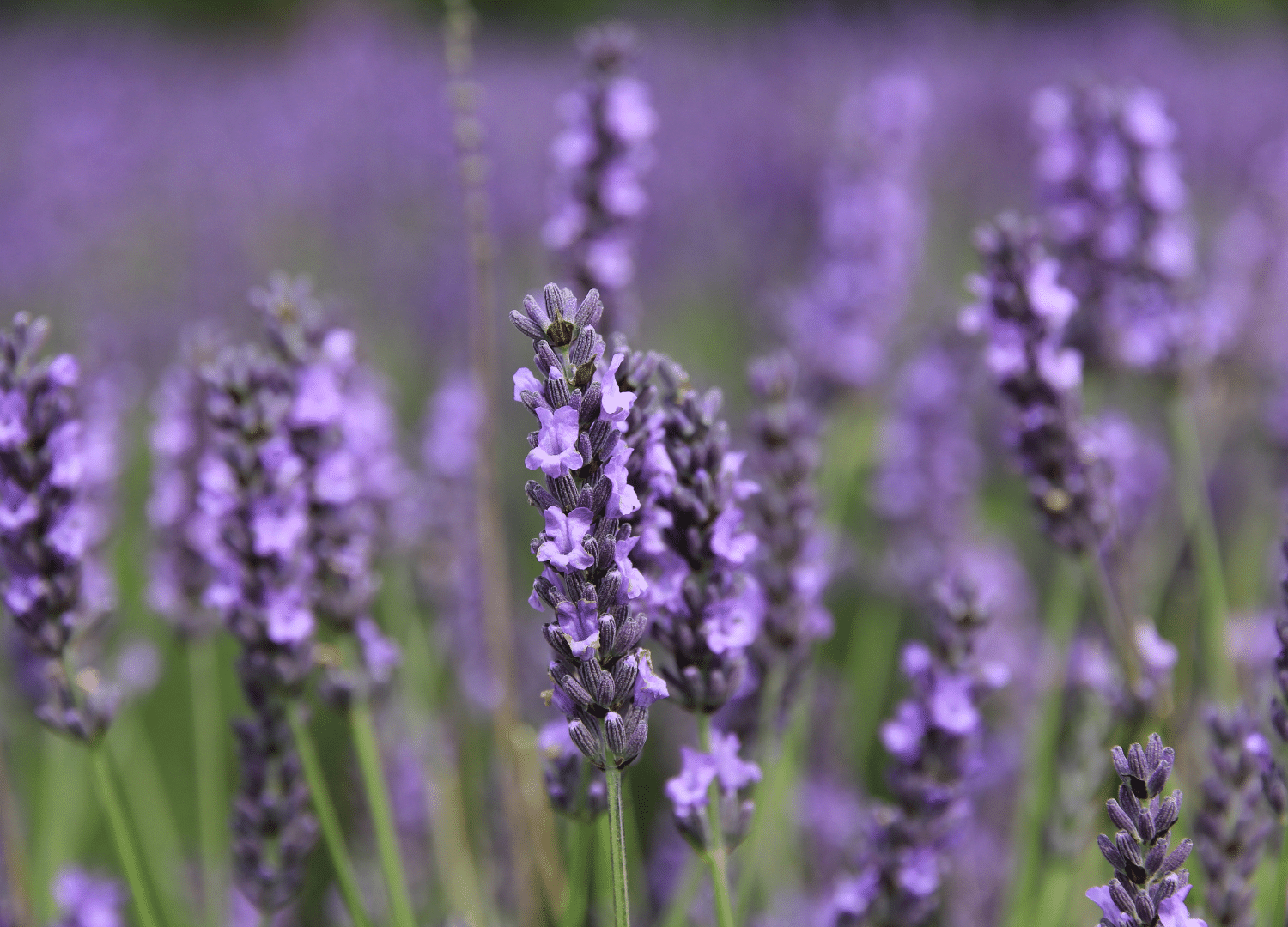 Woody perennials often have rooted layers meaning they had a branch from the original plant that rested on the soil and developed its own root system.

Lavender, rosemary, and thyme are examples of woody perennials.

With a little research, perennial division can be performed successfully by even the most novice gardener.  This fall, why not give it a try on your spring and summer flowering perennials?!  Chances are that your garden will reward you with healthier, happier, and more abundant perennials.